Among the several tourist sites located in Benue State, the Hills of Benue are some of the most fascinating tourist attractions in Benue State. Geographically located in the middle belt of the country, Benue State, popularly referred to as “the food basket of the nation” was named after the Benue River and was formed from the former Benue-Plateau state in 1976 alongside Igala and some parts of Kwara State. The state has a population of more than 4,253,641 people. The capital of Benue is Makurdi, a rich agricultural region that supplies the nation with food. Crops such as potatoes, cassava, soya bean, guinea corn, groundnuts and majorly yam are grown in commercial quantity.

Most of the spectacular Hills include ranges located at Ushongo Local Government, Ikyogen (Leiv) Mountain, Abande, Ngokur, Mkar, and Harga. Most located near Gboko and some near the border between the state and Cameroon. The Hills feature some of the country’s most beautiful scenery and nature. Two of its most famous are the Ushongo hills and Leiv Mountain.

In Ushongo Local government Area are a collection of hills which gives the area a beautiful hilly landscape. The biggest of them is known as the Ushongo hill. It is the pride of the Ushongo people and a monument of the Usman Dan Fodio war. At the top of the hill, a picnic is held every yuletide season where locals and visitors make merry with music and food. The Ushongo hill has a conducive climate which makes it a gratifying spot for tourists. It is easy to climb among other hills and the weather is quite favourable.

Leiv Mountain, popularly known as the Ikyogen hill is located in Mbabegh Ikyogen, Kwande local government area of Benue state. The lush green leiv mountain used to be a habitat for monkeys and a grazing ranch for cattle but overtime it has become deserted. During the unrest in Cameroon, the hill served as a temporary camp for the Cameroonian refugees but even long after the camp was relocated, this tourist site and attraction never regained its lost glory. Locals who live around however still find hiking on Leiv Mountain recreational. Ikyogen hills exudes mild weather conditions, and this ensures steady green vegetation and a year-round grazing for animals around these areas.

No doubt, the Benue hills feature some of the country’s most beautiful scenery and nature. A perfect location for exploring and adventurous hiking for indigenes and tourist. The views from the mountain tops are always worth the climb. The Hills of Benue are expressed to be the place for the basis of the unity of the TIV people.

To maximize you stay fully, there are series of activities you can engage in while at those interesting tourist sites which include but not limited to:

Don’t forget your camping gear and most especially your camera or smartphone for cool pictures to capture the beautiful memories of your stay. For more about tourism sites in Benue State or Nigeria as a whole. Do well to follow our pages on Facebook, Instagram and Twiiter and subscribe to our YouTube Channel for interesting videos on places of interest in Nigeria. 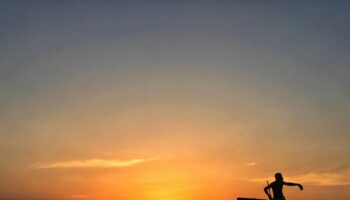 The Mystery Behind Oguta Lake; Aura of Beauty in the East 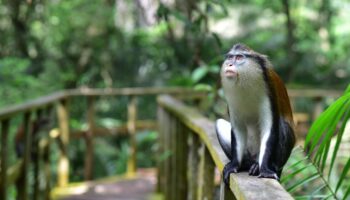 All You Need To Know About Lekki Conservation Centre

Arinta Waterfalls: A Beautiful Tourist Attraction For Everyone

Ebomi, The Bottomless Lake; Ever Been To This Lake Before?