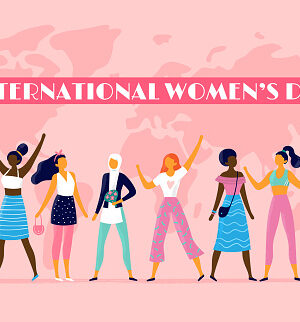 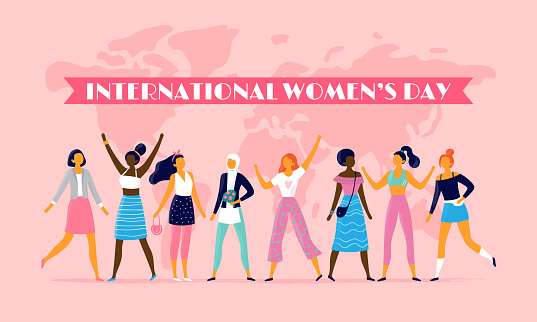 The Month of March is usually marked for the celebration of women all over the world.

The United Nations Women on their website stated that the year 2022 is pivotal for achieving gender equality in the context of climate change and environmental and disaster risk reduction, which are some of the greatest global challenges of the twenty first century.

This year, the International Women’s day observance was in recognition and celebration of the women and girls who are leading the charge on climate change adaptation and response in a bid to honour their leadership and contribution towards a sustainable future.

However, the International Women’s Day website diverted from the UN given theme and announced “Break the Bias” as this year’s concept. This theme was explained to denote a world free of bias, stereotypes and discrimination, a world that is divers, equitable and inclusive, a world where difference is valued and celebrated.

So this month, we decided to triple the dose of Nigerian Excellence and highlight three women who personify Nigerian Excellence. Although the statistics about women in Nigeria are not great (Nigeria has the highest rate of maternal mortality in the world) we wanted to highlight three phenomenal Nigeria women moving the needle in favour of women both on a national and international level

Ngozi Okonjo-Iweala: Born on the 13th of June 1954, Okonjo-Iweala is a Nigerian-American economist, fair trade leader, environmental sustainability advocate, human welfare champion, sustainable finance maven and global development expert. She is the first woman and the first African to lead the World Trade Organization as Director-General since March 2021. She currently sits on the board of several organizations such as MINDS, the Mandela Institute for Developmental Studies, Twitter etc. She also served as Nigeria’s first female Minister of Finance from 2003 to 2006 and 2011 to 2015. She also served as the coordinating Minister for the Economy from 2011 till 2015 and the Minister of Foreign Affairs in 2006. At the World Bank she had a 25 year career as a development economist rising to become Managing Director of Operations from 2007 to 2011. Her legacy includes strengthening the country’s public financial systems and stimulating the housing sector. She empowered women and youth with different programmes creating several thousand jobs. One of Nigeria’s living legends, Ngozi Okonjo-Iweala has left a great international footprint especially in the developmental and economic field and has received a great number of awards for her endevours.

Professor Grace Alele-Williams (16th December 1932 – 25th March 2022) was a Nigerian Professor of Mathematics education who made history as the first Nigerian woman to receive a doctorate and the first Nigerian Vice Chancellor at the University of Benin and the first female vice-chancellor of a Nigerian university. Unfortunately, she passed on before the month of March was over. As a seasoned educationist, she had a special interest in women’s education especially concerned for the access of female African students to scientific and technical subjects. By serving in various committees and boards, she made useful contributions in the development of education in Nigeria. Her work in the continent of Africa led her to win various awards in light of her many contributions to education.

Amina J Mohammed: Born on the 27th of June 1961, Amina Mohammed is a British-Nigerian diplomat and politician who is serving as the fifth Deputy Secretary General of the United Nations. Previously, she was Nigerian Minister of Environment from 2015 to 2016 and was a key player in the Post-2015 Development Agenda process. She worked in various capacities within and outside the country on matters of sustainable development. She resigned from the Nigeriaan Federal Executive Council in 2017 and was appointed as the Deputy Secretary-General of the United Nations. in this capacity, she is a member of the UN Interagency Coordination Group on Antimicrobial Resistance (IACG)

Their stories show the contributions of women in developing countries such as Nigeria on one hand and their advocacy for women is indicative of how much more we can do in terms of women’s empowerment on the other hand. They have paved the way for others and that in itself is Nigerian Excellence.

We look forward to reading your comments about the three women we have discussed in this post. Please keep the conversation going on all our social media platforms and ensure to leave us your suggestions on which other personalities we can discus in this series.