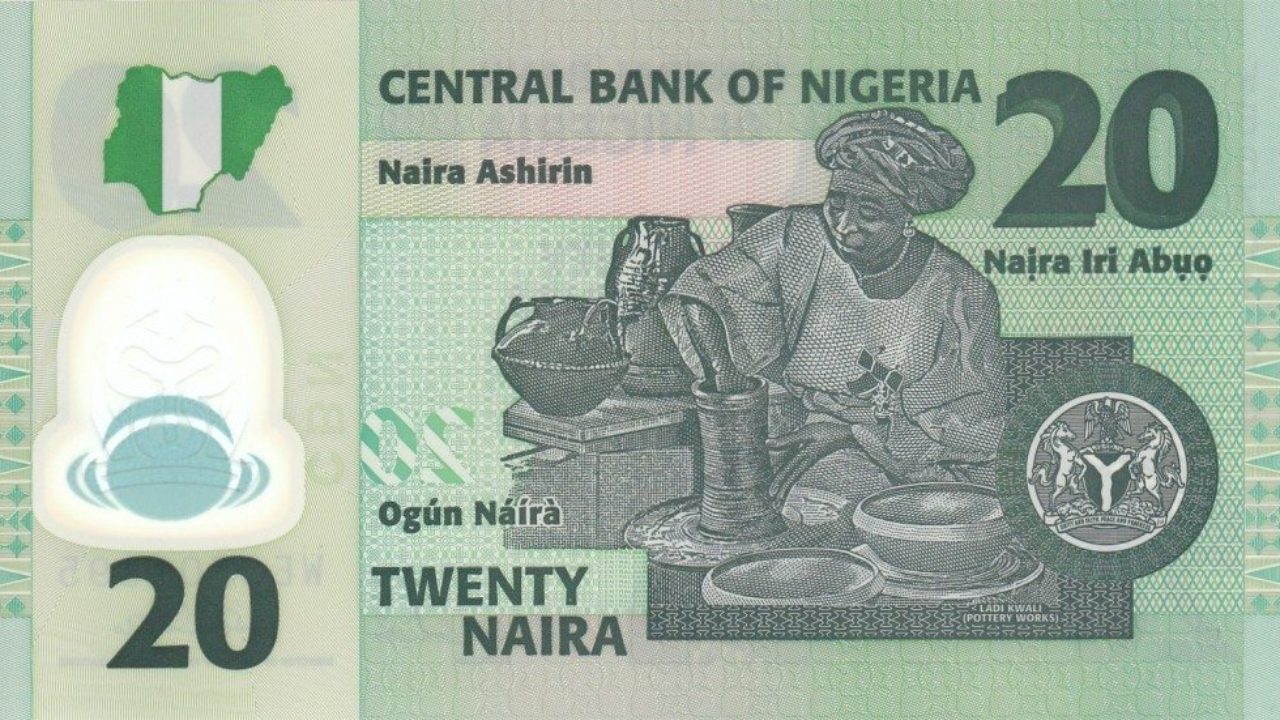 What Do You Know About The Woman On The 20 Naira Note? The Only Woman on Nigerian Naira Note.

The frontierswoman of modern pottery in Nigeria left behind the bequest of creativity and artworks that blended traditional African and Western pottery.

The Nigerian potter Hadiza Ladi Kwali was born in 1925, in the village of Kwali in Gwari region of Northern Nigeria. Over there, pottery was a very common occupation amongst the women, she learnt the art of pottery from her aunty at 9 years old using the traditional coiling method. 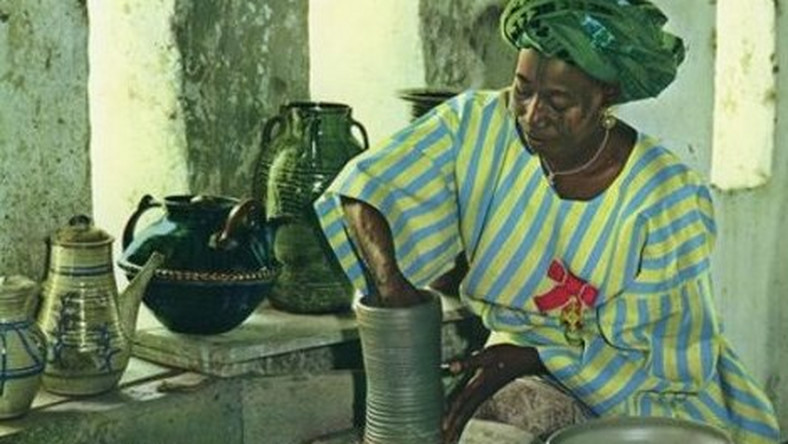 During her early professional years, the traditional cultural environment endeared her to produce pottery crafts that were influenced by the Gbagyi tradition and focused attention with personal idioms. She made big pots used as water jags and cooking pots from coils of clay, beaten from the inside with a flat wooden paddle, beautified with incised geometric and stylish figurative patterns. She had no form of formal education.

Ladi Kwali became world-famous for practising a hybrid of traditional African and Western studio pottery styles. As a result, she conducted workshops, demonstrations and exhibitions held in London, Germany, Italy, Switzerland, and all over the United States.

Ladi Kwali hybrid technique added a blend to the customary Gwari method and the traditional coiling method which she learnt from her Aunt with Western techniques of wheel throwing and glazing, which she acquired a knowledge of from the Abuja Pottery Training Center. While still using the traditional open firing method with herbal glazes, Ladi Kwali’s pottery modified the face of modern pottery around the world.

In acknowledgement of her achievements and hard work, Nigeria graced the Nigerian 20 Naira note with her picture, she’s the only woman to have such honour. The only woman of Nigerian currency. 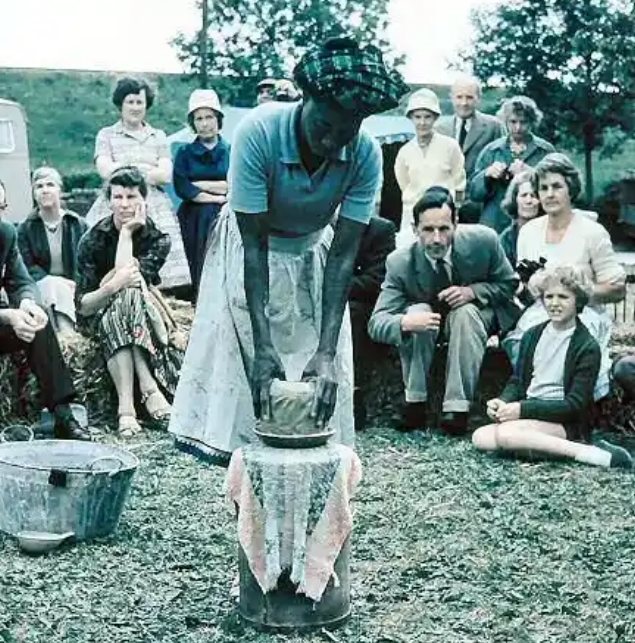 This is a breakdown of the pioneer’s biographical timeline:

1934: Ladi Kwali began learning pottery making as an apprentice to her aunt.

1950: An English potter, Michael Cardew (pottery officer in the Department of Commerce and Industry) was sent to Abuja area by the colonial government to develop a ceramic industry. Cardew noticed Ladi Kwali’s pots at the palace of the Emir of Abuja, Alhaji Suleiman Barau, who had many of her pieces.

1954: Ladi joined the Abuja Pottery Training Centre, with the invitation of Cardew. She was the Centre’s first female potter.

1958: Ladi Kwali’s pots were featured in the international exhibition of Abuja pottery organized by Cardew in London.

1959: Kwali’s work was shown to great acclaim in London at the Berkeley Galleries.

1960: Her works were displayed at the Nigerian Independence Exhibition during the Independence Day celebration.

1961: She gave demonstrations at the Royal College, Farnham, and Wenford Bridge in Great Britain.

1963: Ladi Kwali was awarded an MBE (Member of the Most Excellent Order of the British Empire). She conducted a series of workshops and exhibitions in Germany, Italy, and Switzerland.

1964: Ladi Kwali featured in the group exhibition at the Tenth International Exhibit of Ceramic Art, Smithsonian Institution in Washington DC.

1964-1965: Ladi Kwali conducted workshops in Chicago, Dallas, Los Angeles, and other major cities in the US. She received the Silver Award for Excellence, Tenth International Exhibit of ceramic Art, Smithsonian Institution, Washington, DC.

1980: In 1980 the Nigerian Government invested in Kwali the insignia of the Nigerian National Order of Merit Award (NNOM), the highest national honour for academic achievement. The Abuja Pottery Centre was renamed the Ladi Kwali Pottery Centre.

1981: Ladi Kwali received the National Honour of the Officer of the Order of the Niger (OON). A major street was named Ladi Kwali Road in Abuja. Sheraton Hotel housed the Ladi Kwali Convention Center, one of the largest conference facilities in Abuja with ten meeting rooms and 4 ballrooms. 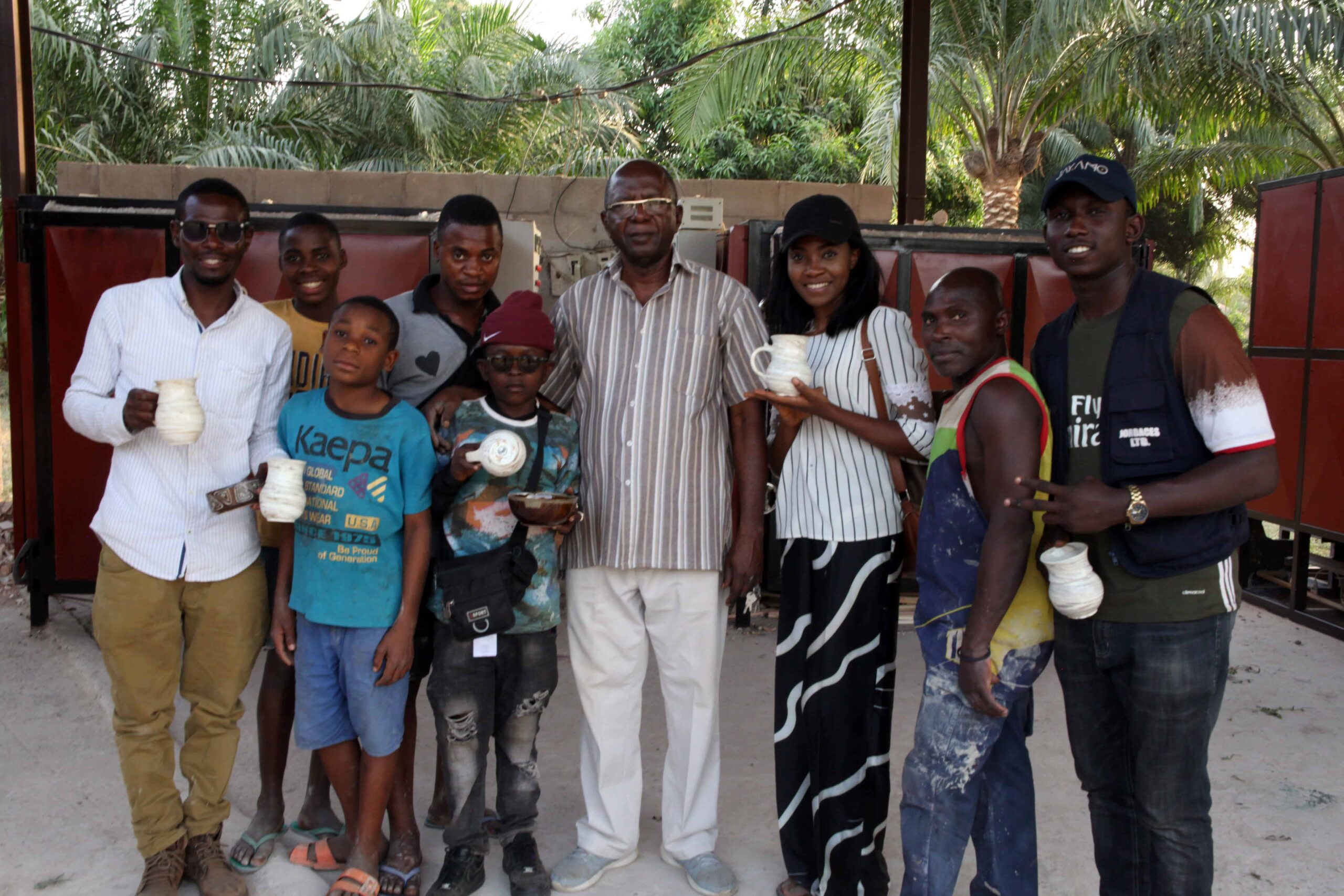 Art, they say, is a part of life 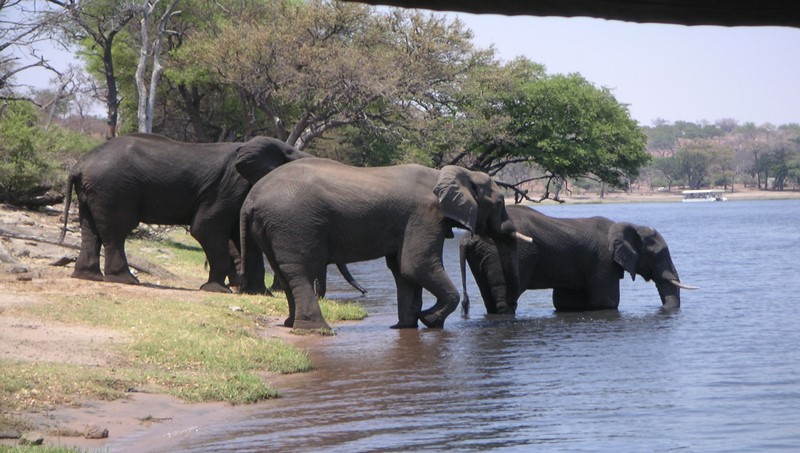